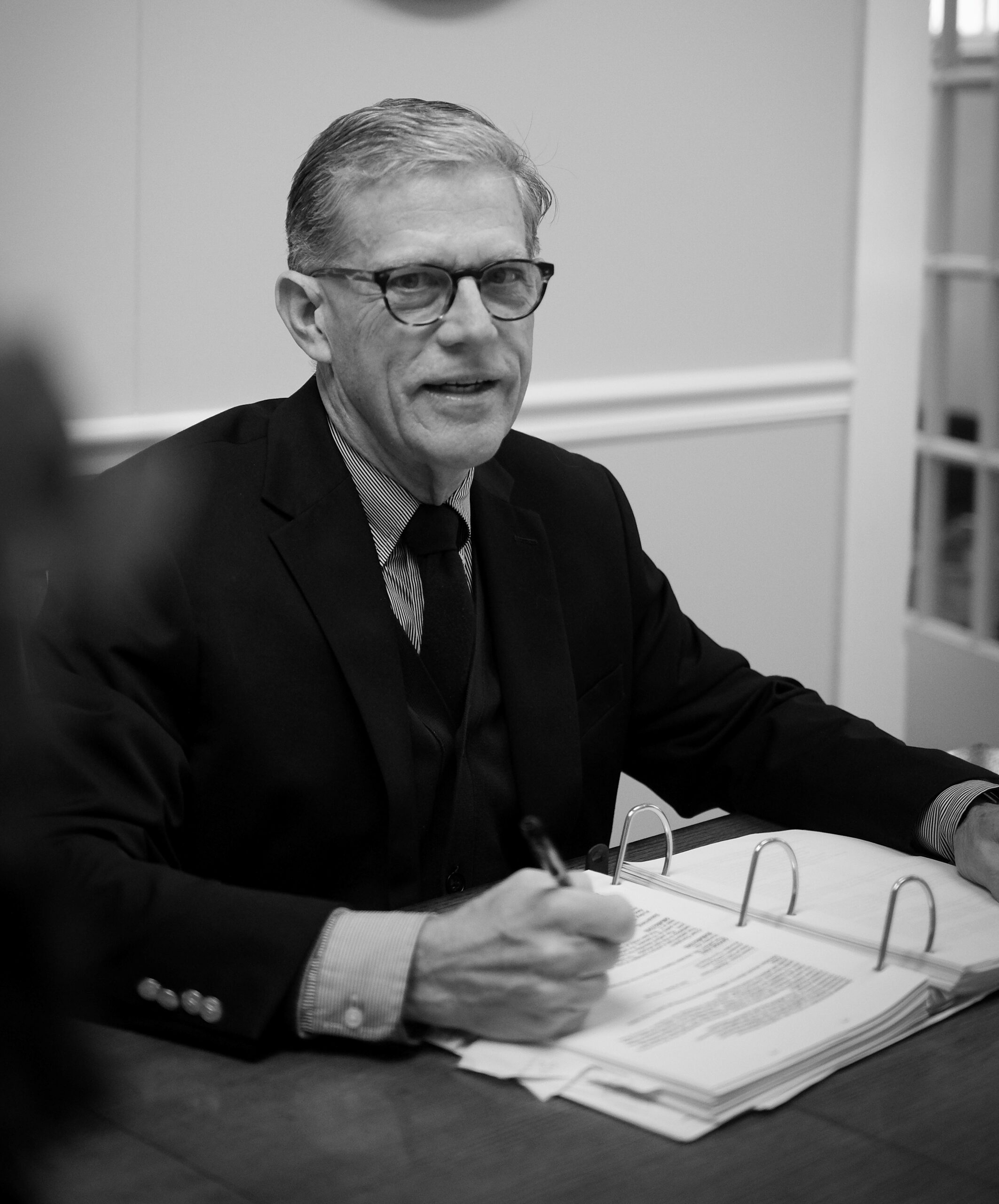 With over 40 years in practice, R. David Blake is regarded by his peers and clients as one of the most well-respected and highly accomplished solo practicing attorneys in the New Jersey and Pennsylvania area.
Facebook-f Twitter Linkedin-in Instagram

With over 40 years in practice, R. David Blake is regarded by his peers and clients as one of the most well-respected and highly accomplished solo practicing attorneys in the New Jersey and Pennsylvania area. Mr. Blake has represented well over 5,000 clients and has won many large personal injury settlements. His awards and accomplishments, held by very few lawyers are indicative of his highly acclaimed standing.

Mr. Blake is certified as a Civil Trial attorney by the Supreme Court of New Jersey since 2007. In 2020, there were over 100,000 licensed attorneys in NJ and approximately 1,100 lawyers have been awarded this special classification. To be admitted to this highly esteemed position, one must have been a practicing bar member for least 7 years with an unblemished reputation, take at least 12 hours of continuing legal education annually, have tried a large number of cases to jury verdict, passed a day long examination given by the State and be re-certified every five years.

Additionally, Mr. Blake has been certified as a both a Civil Trial Lawyer and Civil Pre Trial Advocate by the National Board of Trial Advocacy. This oldest American Bar Association accredited society has awarded both of these certifications to less than a 200 lawyers, respectively in the state of NJ. The rigorous standards to be enrolled on this roster of Civil Trial Advocacy require the passing of an examination, trying of a large number of cases, cross examination and deposing numerous plaintiffs, witnesses, defendants and experts and letters of qualification from judges and other trial counsel.

The New Jersey Supreme Court appointed him to the District Ethics Committee for which he was presented a merit and service certificate in 1991. He also served as an adjunct professor at the College of NJ and Mercer County Community College and was the host of a radio talk show focusing on legal issues. Mr. Blake is a member of the Mercer County Bar Association, NJ State Bar Association, and NJ Association for Justice. For twelve years, Mr. Blake was the law partner in the firm Bochini and Blake in Hamilton Township NJ with Joseph Bocchini Jr who was the Mercer County Prosecutor He also had a license to practice law in PA since 1983 and in the US District Court of NJ since 1980. Since 2015 he has been the counselor/attorney for the Mercer County Park Commission.

He graduated law school from Ohio Northern University in 1979. In addition to being a published editor on the Law Review and a finalist in the Moot Court championship, he was also a recipient of the Delta Theta Phi key for excellence in scholarship.

Mr. Blake received his undergraduate degree in government/law from Lafayette College. He graduated from the Pennington School in 1971 as the class salutatorian and was an all-state baseball player and team captain.

Mr. Blake is a life long resident of the Mercer county area. He has a familiarity with the county including municipal courts, judges, and prosecutors, through interacting with them during his over 40 years of serving clients in his specialty areas of personal injury, real estate and criminal defense work.

With a background, which includes prosecuting cases in a local municipality, he now defends individuals charged with crimes and traffic offenses. Additionally, Mr. Blake also provides legal services in drafting wills, handling estates, and performing real estate transactions for both buyers and sellers of residential and commercial property.

I earn your trust and are diligent in your case.